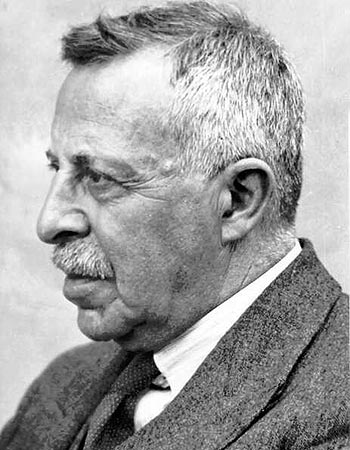 Honorary member of the CPI since 1936

Montague David Eder was a British psychoanalyst, physician, Zionist and
writer. He was best known for advancing psychoanalytic studies in Great Britain
Education and medical training
Eder studied medicine at St. Bartholomew’s Hospital in London. Following the completion of his studies, he travelled through the United States, South Africa and Bolivia, where he became a non-commissioned military surgeon for the Bolivian Army.
Eder returned to London in 1900 and went into general practice. His interest in pediatric medicine led to his appointment as Medical Officer of the London School Clinic in 1908 and of the Nursery School at Deptford in 1910. He was also the editor of the medical journal School Hygiene.
In the First World War, Eder joined the British Army, serving in the Royal Army Medical Corps. As a temporary captain, he was appointed medical officer in charge of the psycho-neurological department in Malta. He would later recall the physical and mental injuries suffered by the frontline troops in his 1917 book War-Shock, The Psycho-neuroses in War: Psychology and Treatment
Psychoanalysis
During the early 1910s, Eder became interested in the psychoanalytical theories emerging from Europe. Writing as M. D. Eder, he provided English-language translation for works by Carl Jung (Diagnostic Association Studies and The Theory of Psychoanalysis) and Sigmund Freud (Dream Psychology: Psychoanalysis for Beginners and On Dreams). Eder would later prefer the Freudian approach to the Jungian approach.
Eder also authored original articles on psychoanalysis. His influence stretched beyond medical circles: the novelist D. H. Lawrence alluded to Eder’s pamphlet The State Endowment of Motherhood in the book The White Peacock.
Major studies
In 1932 he was elected president of the medical section of the British Psychological Society. That year, he presented his 1932 study The Management of the Nervous Patient. First presented at the London Jewish Hospital Medical Society, the paper called for the combination of psychoanalysis into the process of medical diagnosis. “When this is not feasible,” he said, “the physician’s intelligence…must be employed to guide his patient to a measure of mental wholeness”.
Also in 1932, Eder presented his concept of the Myth of Progress. Writing in the British Journal of Medical Psychology, Eder argued that while civilization is moving forward due to advances in science, politics and technology, these advances are actually contributing to greater unhappiness as man perceives a loss of control over his environment.
Politics
Outside of his medical work, Eder was active in Britain’s Socialist politics and was involved in the Fabian Society, the leading British socialist organisation. As a supporter of the Zionist cause, Eder served as the Zionist Executive in Palestine from 1921 to 1927, and was later president of the Zionist Federation of Great Britain. Eder was opposed to dividing Palestine into two states, and was quoted as saying: “There can be only one national home in Palestine, and that a Jewish one, and no equality in the partnership between Jews and
.Arabs

Montagu David Eder, M.D—(1866-1936)
Dorian Feigenbaum
The loss sustained by the psychoanalytic movement with the passing of Montagu David Eder of London on March 30, 1936, is incalculable. He was one of those rare personalities who give themselves with equal devotion to a variety of interests and causes, both scientific and social, without diminishing the value of their services to any one of them. In particular, one must be struck by the number and the variety of the projects which Dr. Eder initiated or organized; it was one of the major motifs of his life to throw himself with enthusiasm into the making of fresh beginnings.
A politically minded thinker, Dr. Eder was active as a Socialist and played an important part in the Fabian Society. A leading Zionist, Dr. Eder was a member of the Jewish Territorial Organization and during the war was instrumental in organizing the Jewish Battalion. Interrrupting his psychoanalytic practice for five years, he held high political office in Palestine until 1923, subsequently presided over the English Zionist Federation and the London Committee of the Hebrew University, and acted as a governor of the University.
A less creative and energetic man might have found such extensive participation in the political and social movements of his day a profession in itself. Dr. Eder was equally distinguished as a physician and psychoanalyst. The social and medical interests of Montagu David Eder were only different aspects of the same eager and penetrating concern with all things human.
Dr. Eder graduated in science in 1891, and completed his medical preparation four years later at St. Bartholomew’s Hospital. After traveling extensively in the United States, Bolivia and South Africa, where he became attached to the British army as surgeon and saw war service, Dr. Eder returned
to London in 1900 to engage in general practice. It is an indication of his broad social interests that he inaugurated a system of voluntary school clinics in the poorest sections of London, became in 1900 medical officer of the London School Clinic, established by the City Council in recognition of his valuable services, and in 1910 became also medical chief of the Nursery School in Deptford of which he was a founder. As editor of the periodical, School Hygiene, he was also able to utilize his literary talent in behalf of his cause.
Dr. Eder’s pioneering labors in child hygiene were followed by a longer and equally fruitful period, of nearly three decades’ duration, in the service of the new science of psychoanalysis which he embraced as early as 1908, when he was analyzed by Victor Tausk in Vienna. (Some years later he undertook further training analysis with Ferenczi in Budapest.) He was one of the first to practice analysis in England and his support was invaluable to the propagation of its study. Dr. Eder became the first secretary of the London Psychoanalytic Society in 1910, and in the same year delivered his first paper on psychopathology before the British MedicalAssociation—to an audience of six. Shortly thereafter Dr. Eder founded the Psycho-Medical Society. His address to the Child Study Society on The Conflicts in the Unconscious of the Child was probably the first paper in English on the subject of child analysis, a field for which his medical and social work with children provided exceptional preparation. In the study of child psychology he found an able collaborator in Mrs. Eder, herself a devoted student of psychoanalysis. Though Dr. Eder’sactivity in Palestine was primarily political, he found time both to join an informal psychoanalytic circle improvised by the writer which first sowed the seeds of psychoanalytic interest there, and to act as consultant from time to time to the Hospital for Mental Diseases in Jerusalem. On such occasions his alertness in observation and his clinical intuition were outstanding, and his versatility made it easy to range freely over a variety of related topics—ethnologic and philosophic—vitalizing them all with the spark of his intellectual enthusiasm.
Dr. Eder published numerous papers on psychoanalysis of an expository and technical nature. His note on Augenträume in the first volume of the Int. Ztschr. f. ärztl. Psa. (1913) contributed to the knowledge of eye-symbolism; his paper Das Stottern eine Psychoneurose und seine Behandlung durch die Psychoanalyse (ibidem, 1913) appears to have been the first psychoanalytic treatment of the subject of stammering. His work during the war at Malta and at the Neurological Clinic in London resulted in a book, War Shock (1918) which proved doubly significant in its application of psychoanalysis to the subject and its correction of the misconceptions then rife regarding so-called “shell-shock”. Among his other noteworthy contributions were On the Economics and Future of the Superego (1929), Dream as a Resistance(1930), and The Jewish Phylacteries and other Jewish Ritual Observances (1933), published in the International Journal of Psycho-Analysis of which he was an editor. Notable, too, were his brilliant book reviews, which may well serve as models of reviewing in their comprehensiveness and penetration, qualities directly attributable to his vast background, knowledge and vision. Dr. Eder was a physician of the Psychoanalytic Clinic, a director of the Psychoanalytic Institute, and a member of the Royal College of Surgeons.
No account of Dr. Eder, however, can omit a richly-deserved tribute to his personal charm, integrity and self-sacrifice. No amount of labor in the vineyard of his several causes ever daunted him; he gave untiringly of his time, talent and money. His manner was cordial and buoyant, and yet serene. His friendships were many and lasting. It is difficult to become reconciled to the loss of such an enthusiastic and ever stimulating colleague. 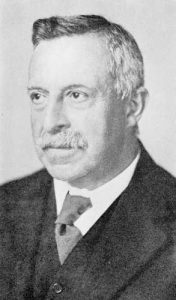 General: M. D. Eder. ‘The Myth of Progress.’ The British Journal of Medical Psychology, 1932, Vol. XII, p. 1.
D. Matthews
This paper adds another contribution to Sociology from the pen of a psycho-analyst.
Mankind has always found refuge from his unhappiness in myth creation. The myth is represented as a struggle between man and the forces of obstruction in which man is assured of ultimate victory. The history of civilization is largely the narrative of these myths. The myth of progress states that civilization has moved, is moving, and will move in a desirable direction. Progress is inevitable. The myth in its origin coincides with the gradual decline in the christian belief in heaven and hell. According to the Christian myth man is only saved from damnation by Divine intervention. The great strides recently made in scientific discovery and invention have encouraged man in the belief that the millennium is not far distant. Science has become god. Philosophers, men of science and politicians have accepted the idea of the inevitability of progress. But the hopes built on science are proving as illusory as those built on religion and other myths. Indeed, recent events would seem to indicate that science is making man more unhappy and even threatening his destruction. Many theories and explanations for this state of affairs are forthcoming. The present writer offers one based on psycho-analytic investigation. He says that the genesis of the myth of progress is to be found in the happy delusion of omnipotence of the infant. Mankind unconsciously longs to return to this condition of megalomania. Thwarted by the external world he turns to his imagination to alleviate his unhappiness, the wishes he fulfils there are then projected more or less modified into the external world as political theories and philosophical systems. Further, the omnipotent child can brook no denial of its wishes and frustration can only come from a hostile mother; so the adult sees in the failure of his hopes the hand of a hostile force. He understands no more than the infant does that the hostile force is his own projected aggression. To obtain freedom man must recognize and accept his ownunconscious aggressive impulses, he must further realize that these cannot be adequately controlled by repressive measures. Is man capable of the heroic discipline necessary to find and travel the path to freedom?